December 3, 2005 -- Today the New Zealand Herald ran a generally good nursing shortage piece by Vikki Bland that was not quite as distressing as its headline (above). The piece does offer an unflinching look at some of the problems nursing faces, including its ongoing image problem with career seekers. But it also offers some cause for hope in discussing recent initiatives aimed at improving conditions. Unfortunately, the piece does not convey that nurses save lives and greatly improve patient outcomes. That is arguably the most important single piece of information that the public needs to know about the gravity of the current crisis and would seem to be a key way of attracting career seekers. Even so, the piece has many helpful elements.

Bland reports that one in five new nursing graduates leaves to work overseas, that the nursing workforce is aging, and that evidence suggests "few secondary school pupils are interested in nursing." New Zealand Nurses Organization (NZNO) chief executive Geoff Annals is quoted as saying that a profession unattractive to school leavers "is a dying profession." (Perhaps this is where the headline came from.) Annals and nurses Bland interviewed say that pay, which is set to rise significantly by next year, is not as much of an issue as "stress, understaffing, and lack of sufficient supervision, mentoring and psychological support." Annals suggests that nurses are leaving because they cannot meet the professional standards they expect to meet. Unfortunately, this is not explained. Veteran nurse Jane Hinds notes that understaffed nurses who lack adequate support services may become burned out, which can lead to cynicism, a lack of emotional connection to their work, and resentment of patients. In addition to pay which still does not seem commensurate with the work--Hinds has vast experience and a Master's degree, yet her salary is less than NZ $50,000--Hinds suggests that stress and exhaustion are major problems for nurses too much of the time. The piece mentions NZNO's recent introduction of "MIA"'s ("Missing in Action"), the cardboard nurses that the union places on hospital units it feels are understaffed to the point that they are unsafe. 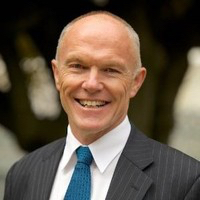 The piece also briefly explores the profession's image problem. In addition to "bad press," the piece says that research suggests that able young New Zealanders "with an eye to lifestyle and travel" may be less interested in the "caring professions" than their predecessors, and that they may view nursing in particular as "yukky work." Some career advisors reportedly also view nursing as "less than ideal from a feminist or masculine perspective" and steer promising students away. Evidently an advisor tried to talk New Zealand Nurses Organization chief executive Geoff Annals' own daughter out of pursuing nursing in favor of medicine. Annals notes that women may view nursing as a stereotyped profession to be avoided. He rightly says that the ideal would be a nursing demographic that reflected the overall population, but the piece notes that only 3.1% of active enrolled nurses in New Zealand are men.

The piece does note some of the positive aspects of nursing, and includes some reasons for hope. It uses Hinds' background to illustrate the personal and professional flexibility nursing can offer, noting the potential opportunities for travel, teaching, and education. It also notes that nursing (as Hinds puts it) "can be deeply satisfying, unique, grounding and holistic and helps people to care for themselves as well as others." Annals is reportedly hopeful about the critical joint NZNO and Government report into nursing working conditions due in May 2006. Health Minister Pete Hodgson points to the government's commitment to a "massive pay jolt" for nurses, a recruitment campaign with the Johnson and Johnson Foundation, and a new program to help orient and support new nursing graduates. Of course, those measures will not necessarily mean significant improvements in actual working conditions. As for the "yukky" image, Annals notes that the actual experience of nursing, leaving the current workplace environment aside, can be very rewarding. He argues that if nurses can work in the environment they need to feel proud of what they do, they will speak well of it, which will in turn attract school leavers. The piece closes with a list of basic facts about nursing, including educational requirements, specialties, wages, and hours.

We thank Ms. Bland and the New Zealand Herald for this article.

See the article by Vikki Bland "Nursing in terminal decline" in the December 3, 2005 edition of the New Zealand Herald.