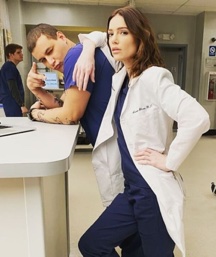 On the NBC drama’s first season (2018-19), maverick medical director Max Goodwin and a half dozen physician colleagues shake up conventional care at an overburdened public hospital. But aside from a few plotlines involving the minor nurse character Casey Acosta, it’s more of the same damaging Hollywood model, with nurses as silent servants to the brilliant physicians who call all the shots and save all the lives. ...read more... 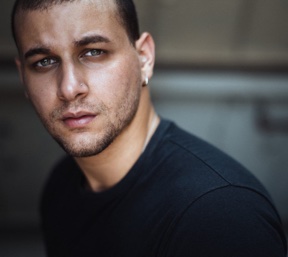 New Amsterdam--where physicians do everything that matters

NBC’s New Amsterdam, set at a fictional version of Bellevue, New York’s legendary public hospital, will return for a second season. The show has six major physician characters and no nurses. Lead physician character Max Goodwin is a maverick medical director who, as network promotion promised last year, was determined to “tear up the bureaucracy to create a hospital that cares.” In the first season, a lot of what Max pushed bore a striking resemblance to traditional holistic nursing care, especially psychosocial care, but of course on the show it was presented as his medical innovation. As you would expect from its structure and heroic-physician approach, the show consistently told viewers that only physicians matter in the clinical setting, and even the nurses who did appear tended to be peripheral subordinates with no important role in care. The show repeatedly told viewers that the nurses reported to Max and the other physicians, even though at times that message took the form of Max expressing concern for the nurses’ wellbeing. A minor exception to the nurse-free plotlines was recurring ED nurse Casey Acosta (above). He was kind of a bantering sidekick to the talented but troubled ED physician Lauren Bloom in the first half of the season, and he continued to appear occasionally in ED scenes after she went to rehab. Casey was clearly assistive, but he occasionally showed some skill and authority in clinical situations. Perhaps most notably, in episodes 8 and 9 he actually pushed the Adderol-abusing Bloom to seek help, after we saw him correct at least two of her egregious and dangerous medication errors. This was a good, if limited, example of nurses’ role in patient advocacy and error prevention. But overall, despite all the talk about re-inventing health care, New Amsterdam followed the standard physician-centric Hollywood model. ...read more...